Vampires, zombies, dystopian societies, and now…tiny aliens? Let’s hope so. My latest work is about a ship of micro-travelers that crash into a boy’s thumb. Not exactly the stuff of popular trends, I know – except that David Wiesner’s newly released picture book, Mr. Wuffles, is also about a stranded ship of small aliens! (plus a cat, probably for marketing purposes).

David Wiesner’s books are amazing. I use a number of them – Flotsam, Sector 7, Tuesday – to tie into art projects with my students. Wiesner has also won the Caldecott Medal three times (a record, I believe), so he’s obviously no slacker. I’ve – ahem – actually taken a workshop with him – traded tips, shot the breeze. You know.

Anyway, If Mr. Wuffles is any indication, then maybe I’m on to something. The next big thing! Or maybe I’m just chasing a trend. Or maybe (panic growing)  the trend is nearly over!

In any case, check out his awesome new book. And try not to come up with any conspiracy theories about how Mr. Wuffles (modeled on his own cat) looks almost exactly like my own cat, Moon. There’s not a chance he’s spying on me for ideas. 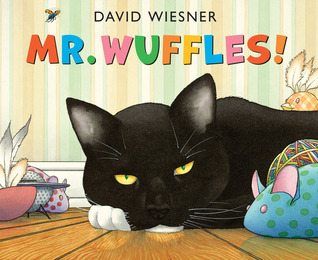 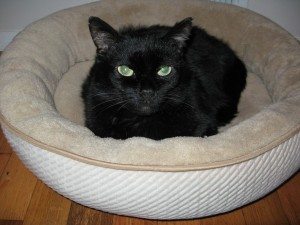 One Response to “Invasion of the Micro Aliens”