Your Own Secret Code

Can you solve a famous art mystery? If so, please tell me what this says: 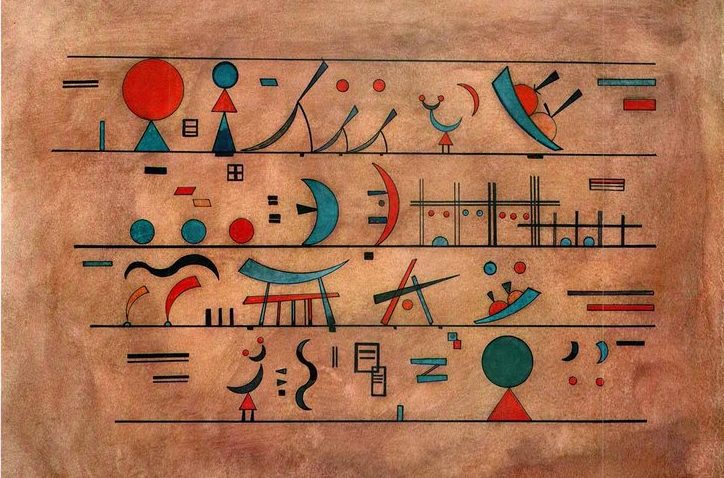 Give up? I give up, too. It’s a painting by the Russian artist Wassily Kandinsky, in which he made up his own symbolic language. Did he tell anyone what it means? NO! So frustrating. And without a key, like the Rosetta Stone which was used to decipher ancient Egyptian hieroglyphs, we may never know…

However, I DO know what this one below says. Can you figure it out? Hint: each thing represents one letter. (spoiler alert: answer key below) 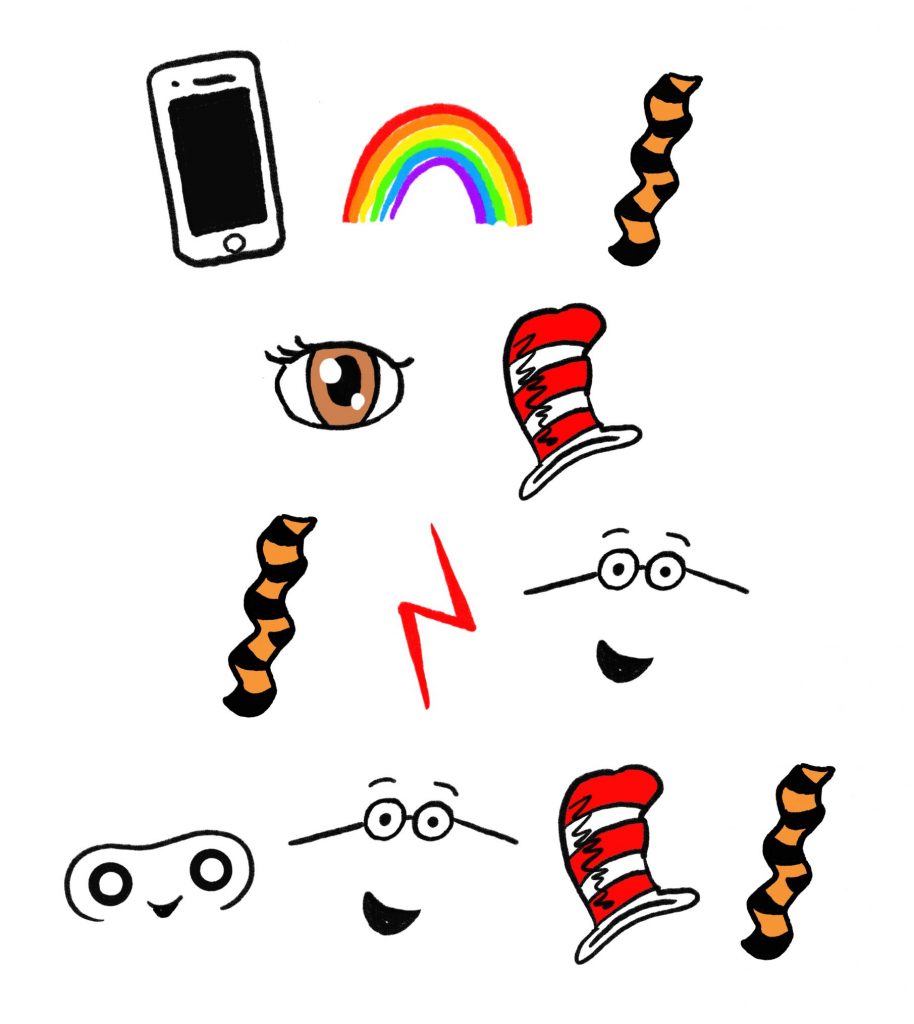 Did you decipher it? Try this one: 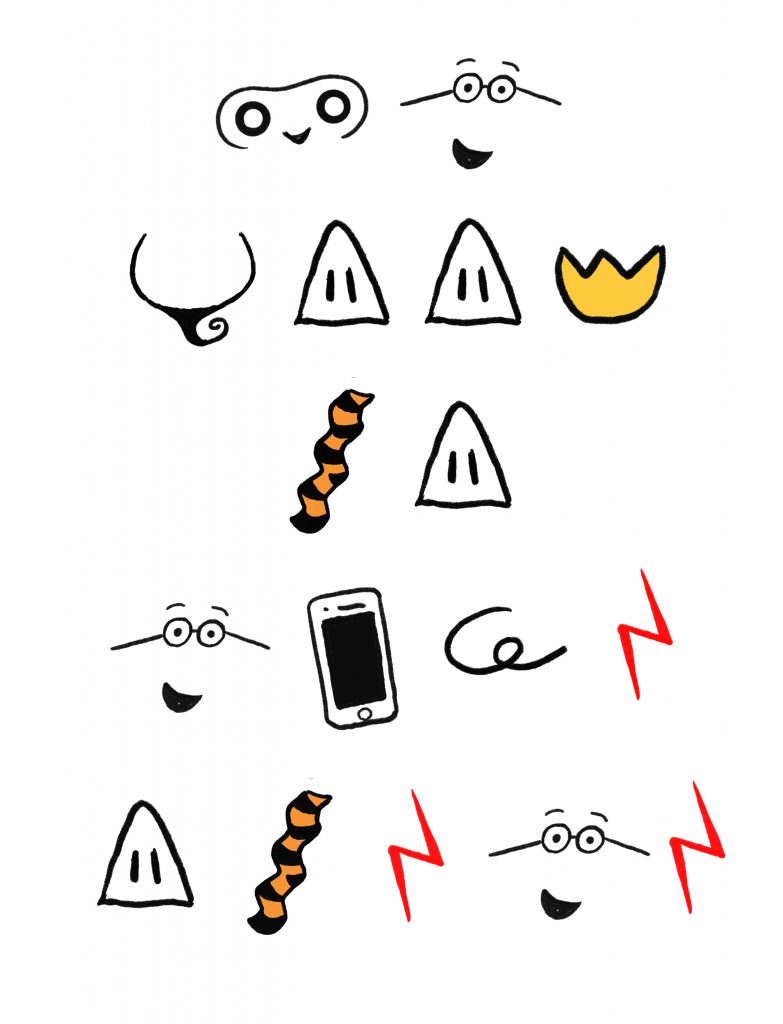 Like Kandinsky, I’ve created a code of my own (mostly using symbols based on book and movie characters I like). Technically, it’s a cipher, not a code, because each symbol represents one letter. Possibly the most famous cipher in history is the Caesar Cipher, in which each letter of the alphabet shifts over by the same amount (A=B, B=C, C=D, etc. or A=C, B=D, C=E, etc.)

Ready to create an alphabetic cipher/code of your own? Here’s a key to fill out (or draw a grid or rows how you like): 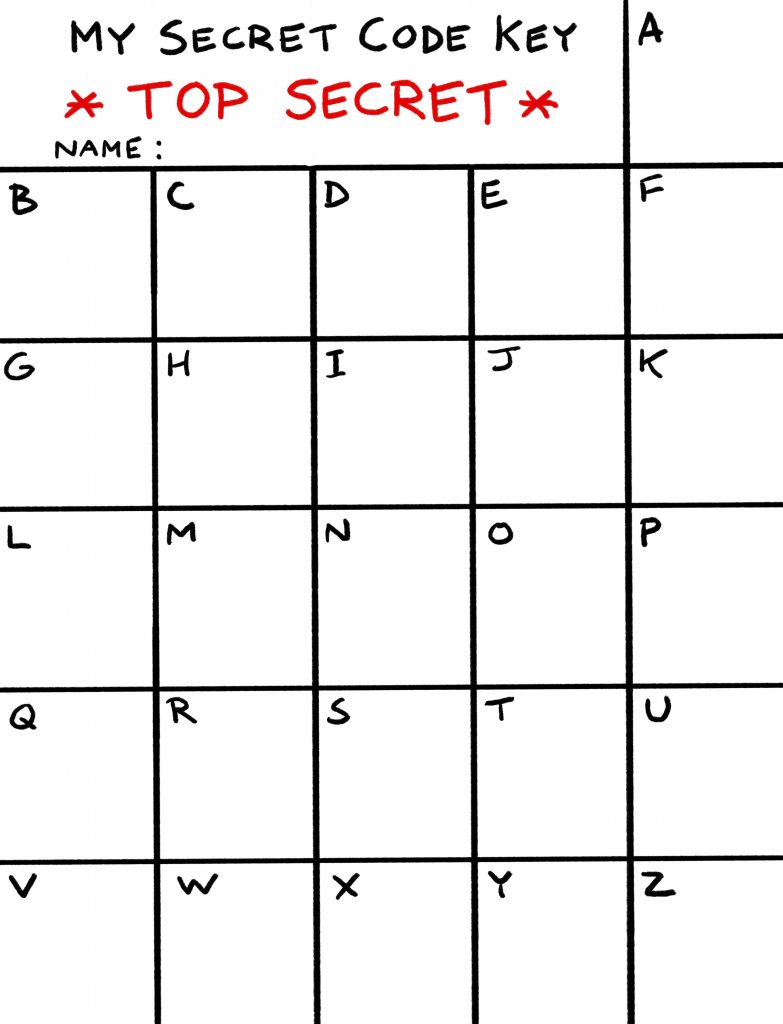 You can make it kind of easy (like mine) or nearly impossible (like Kandinsky’s). The main trick is to come up with a symbol or letter to replace each letter of the alphabet. The symbols you use can be regular shapes, made up shapes, things that start with that letter, characters, or anything that works for you! Note: don’t make it too hard to replicate, you’re going to have to draw each symbol many times if you want to write something. Do you know an alphabet other than English/Latin (A, B, C…)? You can make a cipher for those letters too!

The final step is to share with a trusted friend, so you can write to each other in code. If you want to write me in my code, here’s my key (can you figure out why I used each symbol?): 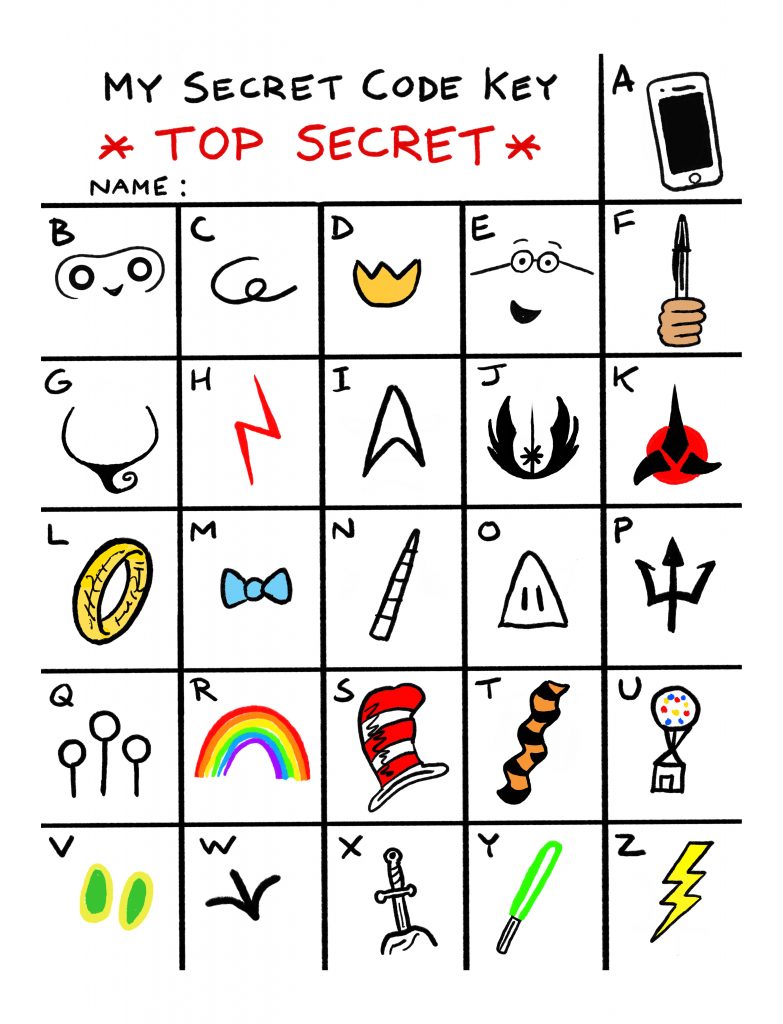 My two codes said: ART IS THE BEST and BE GOOD TO EACH OTHER.

If you like codes and ciphers, here’s a cool article by children’s book author Kevin Sands.

Always Be Creative and Have a Blast!

Beep Says Yay to You!