Posted June 4, 2022 by jonmroth & filed under Getting To Know: Kidlit Authors, News. 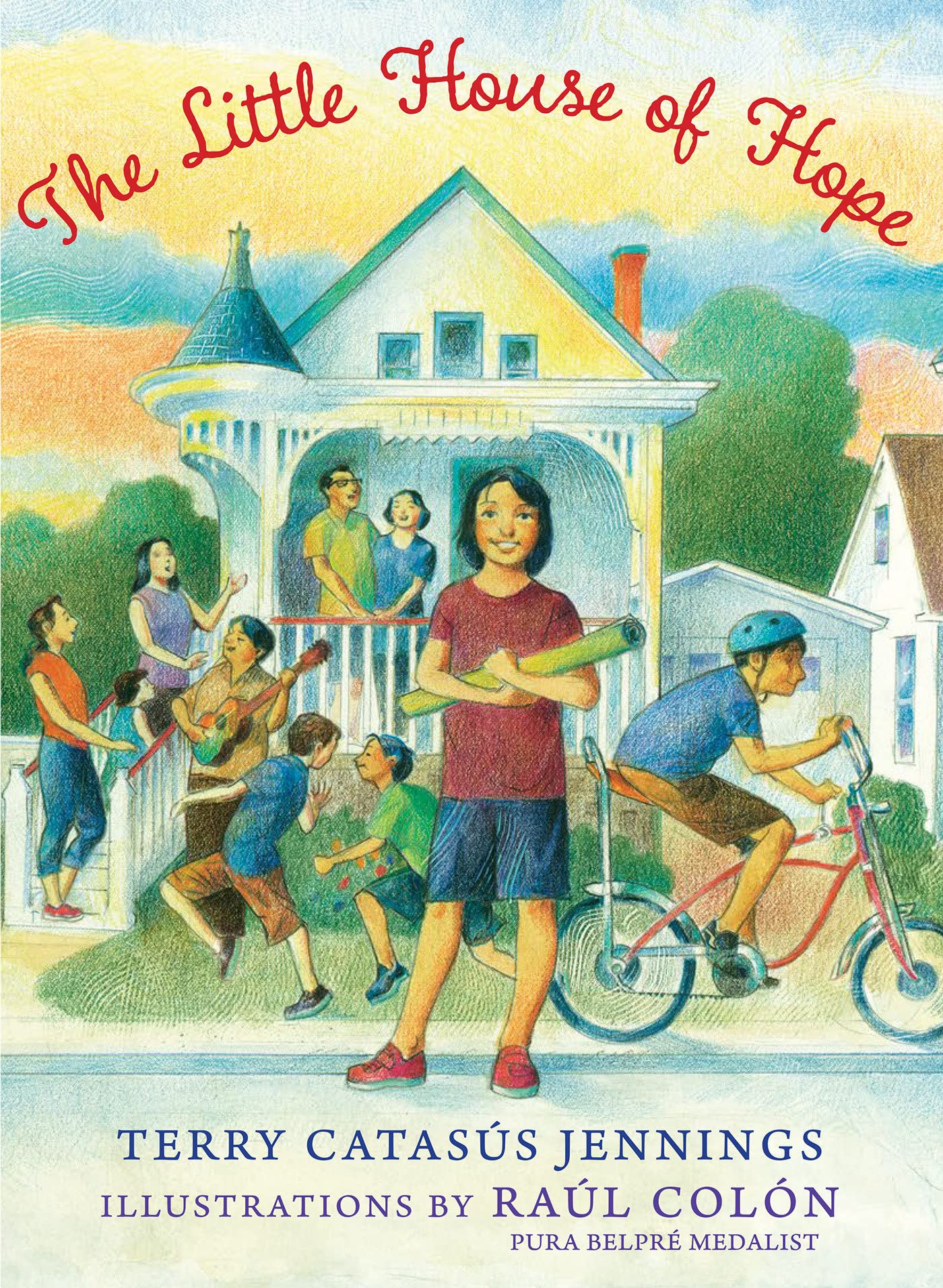 When I saw that author friend Terry Catasús Jennings had a new book releasing, I knew it was time to rekindle the Getting to Know the author interviews. While I’ve featured Terry before, The Little House of Hope is a special new picture book (releasing June 14 from Neal Porter Books) and I wanted to learn more.

Me: Congratulations on your beautiful, touching new book! How much of the Little House of Hope mirrors your own experiences?

Terry: Hi, Jon, thank you so much for hosting me on your blog. I’m glad you’re back in business. The answer to how much The Little House of Hope mirrors my own experience is: most of it.  When we came to the United States my uncle, my father’s brother, had been in the United States for more than year.  They had rented a house (a little house) and they opened that house to us when we came with nothing but fifty dollars for the whole family and a suitcase each.  They also opened up that house to my aunt’s brother, his wife and baby—they lived in the garage. I slept with my two girl cousins. We shared two twin beds and a cot—took turns on the cot—which was really a generous thing to do, because they could have made me take the cot all the time. And no one complained. I think my parents slept on the pull-out couch. We only took in family, so that’s a difference, but really just about everything else is true, down to making collages to decorate the walls. 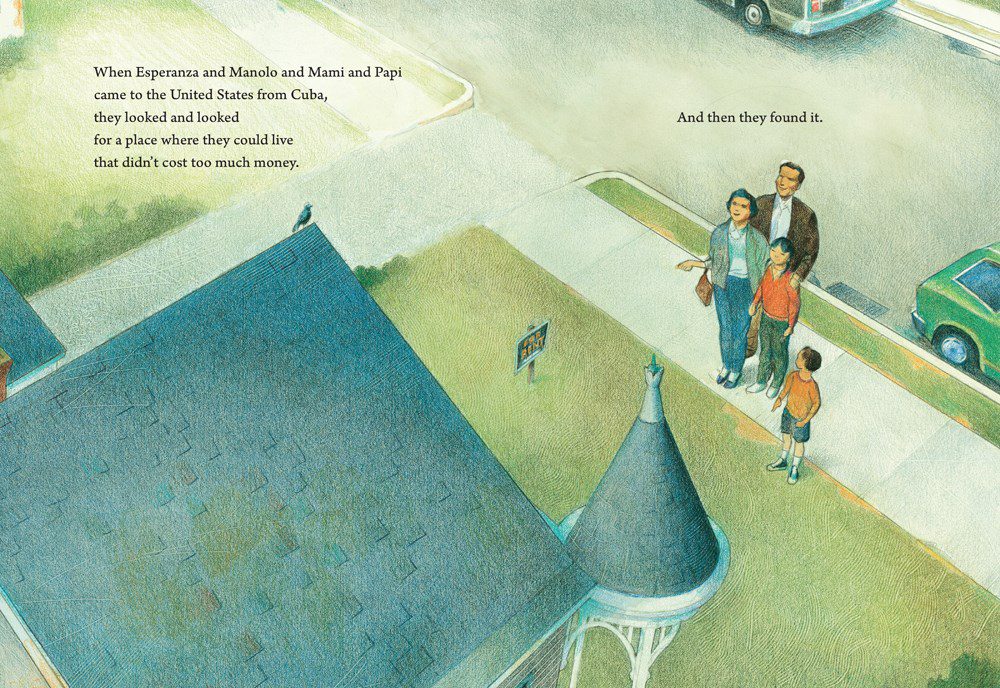 Me: Though the story has obviously been with you for a long time, when did you realize it would make a good picture book? Did anything stand out about the writing process for this work?

Terry: Well, it wasn’t with me that long. I got mad at a realtor who said that “Mexicans” lived four families to a home and trashed a house, and then I remembered that for about a year after we came to the United States, the first part of that statement applied to us. We lived three families to a house.  Fourteen people on weekends when my aunt’s other nephews came to stay with us. I think, at first, it was more of having to get the story out, than realizing it would make a good picture book. As the story took shape, though, I thought it could be special. I wanted to turn it  into a good message for young readers, and maybe even the adults who read to them, that immigrants don’t come to the United States on a whim, it’s a gut wrenching decision and it is a very tough life. What stood out in the process was how quickly it came together and how few revisions it went through.  And oh, I just heard it is a Junior Library Guild selection. I’m really stoked about that.

Me: Raúl Colón is an amazing illustrator and his illustrations for your book are stunning! How did you end up working with him?

Terry: He is amazing, Jon. Neal Porter, the editor of the book picked Raúl and I couldn’t be happier.  He knows Cubans (he’s married to one). His style is so unique. I think anyone who picks up the book is bound to open it to see the rest of his illustrations. You can’t ask more than that. 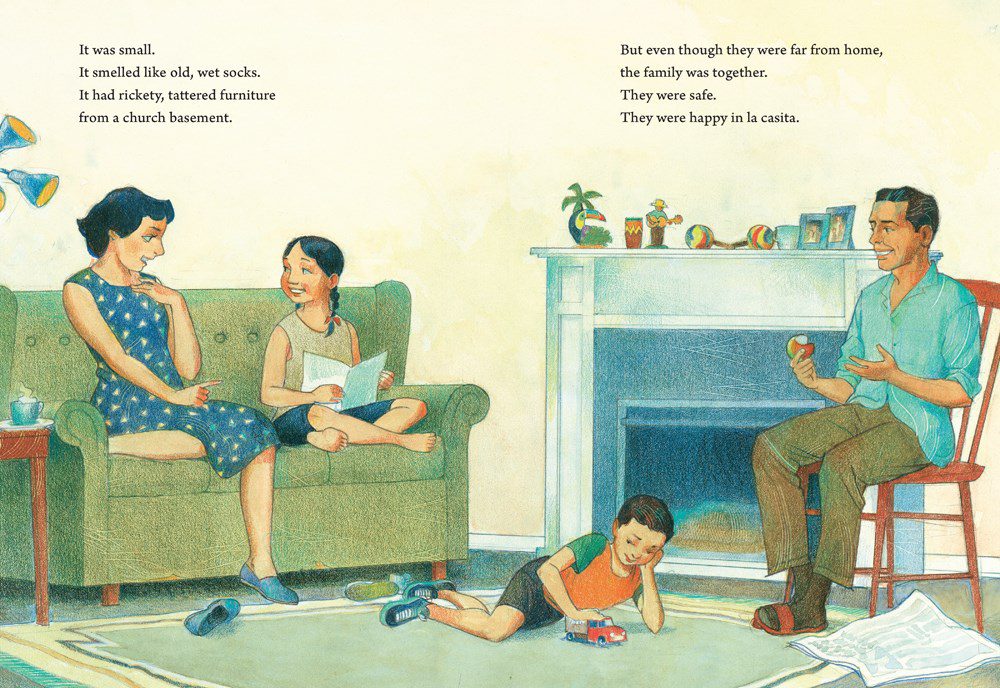 Me: There have been a couple more books in the Definitely Dominguita series come up since the last time I interviewed you. Can you briefly tell us about those, and your Pauli Murray biography?

Terry: Well Dominguita went on two new adventures since we last spoke. In All for One, she and the crew pretend to be musketeers and save a quinceañera party—a debutante party Latinx style—from the dastardly Bublassi clan.  They arm themselves with toilet plungers, instead of musketeer swords that could poke their eyes out, but I have to say the toilet plungers are award-winning toilet plungers. It’s a big part of the plot. I bet you can tell what Dominguita and her crew are in Sherlock Dom, they work on the mystery of the Lost Goat of Tapperville, which could be vaguely, vaguely reminiscent of the Hound of the Baskervilles.  Pauli Murray, The Life of a Pioneering Feminist and Civil Rights Activist is a biography in verse about the person who figured out the strategy that would win Brown v. Board of Education and desegregate schools. She didn’t get the credit, though, because she was a woman. She was also responsible for including gender as a protected category in the 1964 Civil Rights Act, and getting equal pay for equal work for women. But she was so much more. She wrote, to anybody that could help the cause of human rights, including Franklin Roosevelt, and the First Lady. She and Eleanor became great friends. She also wrote beautiful poetry and a history of African Americans in the United States which was focused on her family but chronicled the journey of Black Americans until that time. She was so much, and she was so humble. She never stopped fighting. I collaborated with her niece, Rosita Stevens Holsey in writing it. 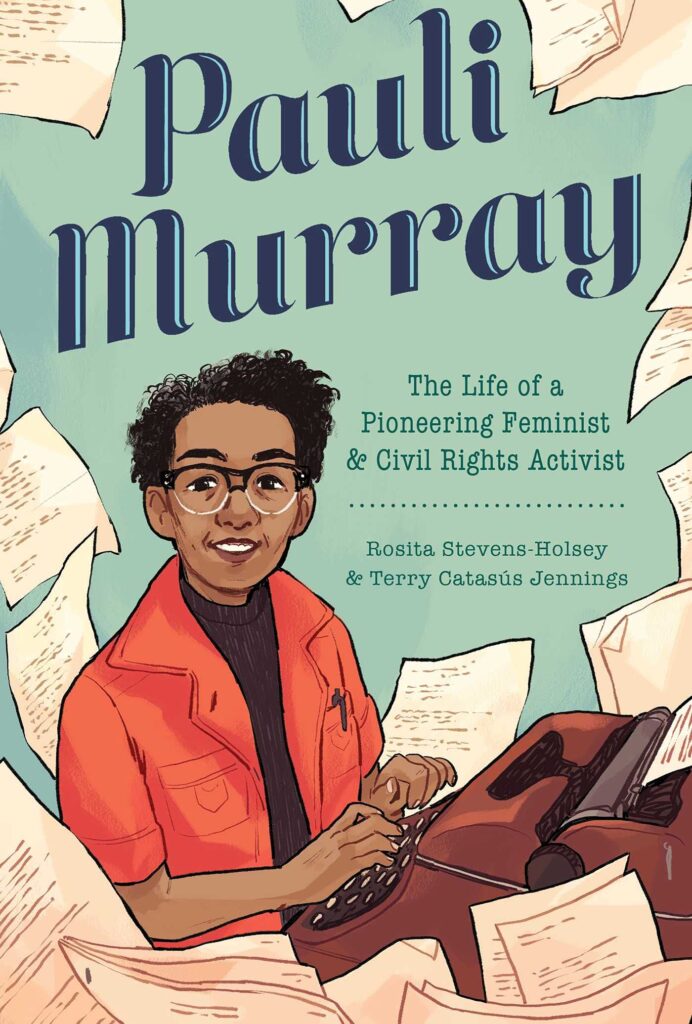 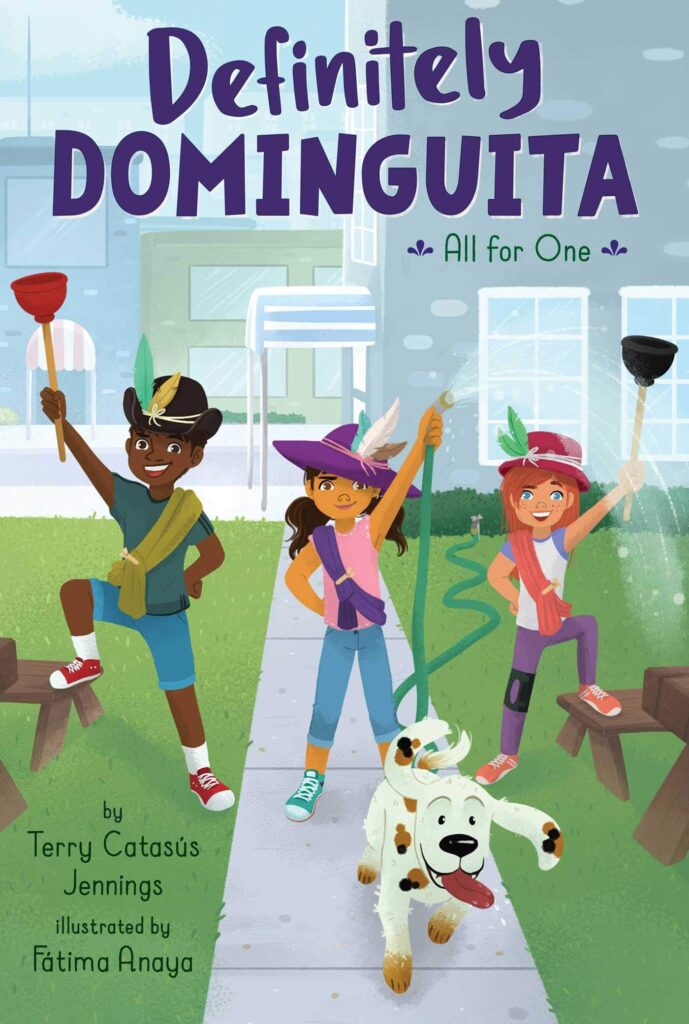 Me: What are you working on now?

Terry: I have two books out on submission right now, one is a picture book biography of Pauli Murray and the other is a book about a young boy and his grandfather, on a day when grandpa doesn’t feel so well and the roles are reversed. It’s a sweet story. I hope both of those become books. And I have two other mg novels in the final editing stages. I hope they’ll go on submission this summer.

Jon, thank you so much, again for hosting me. I can’t wait to see your new books. You know you’re my grandkids’ favorite author.

Me: Aw, second favorite, I’m sure. Wishing The Little House of Hope much success!